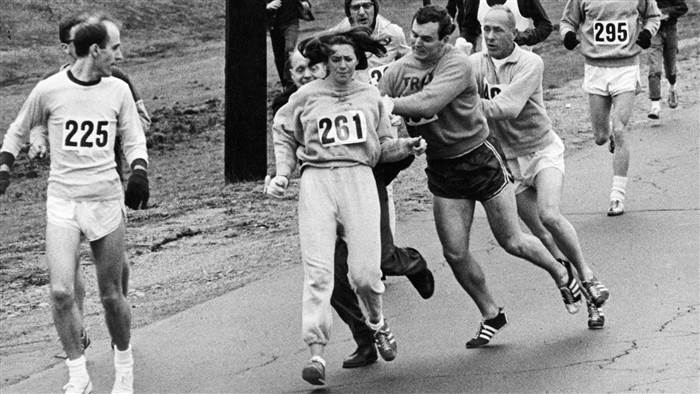 Men and Women operating under “conviction” are a powerful force! Often times, this is when barriers are busted and limits are pushed.

This is clearly seen when you consider women’s involvement in the Boston Marathon. The Boston Marathon was run this past Monday. It is arguably the most iconic marathon in the world. It seems crazy now, but women were not allowed to participate in the race until 1972. The conversation to allow women in the marathon started because two women were operating under “conviction”. Between 1966 and 1968, Kathrine Switzer and Bobbi Gibb challenged the norm by crashing the Boston Marathon and becoming the first two women to run the race (unofficially at that time).

Here is the remarkable story of how Katherine Switzer and Bobbi Gibb changed the history of this iconic race!

Posted in Inspirational, Passion
← Are your advisor’s fees too high?Lifestyle Creep: The Ultimate Adversary To Building Wealth →